Simone Biles is the most decorated female American gymnast of all time. With 32 World and Olympic medals - 23 of which are golds - this incredible athlete has rewritten the history books.

With exceptional determination and unparalleled strength and control, Biles is always breaking records. The 24-year-old gymnast is a seven-time all-around champion for the U.S., and holds the most all-around titles from World Championships. 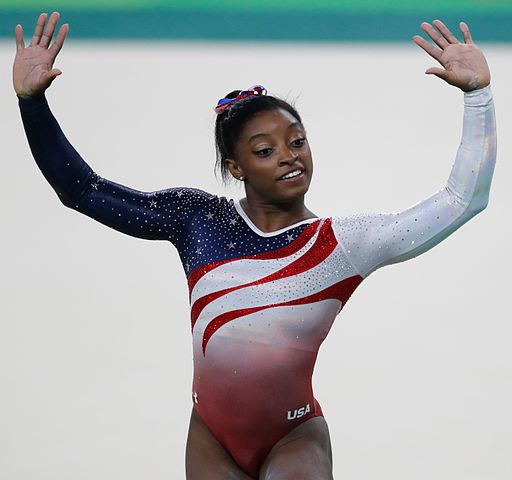 Simone Biles was not born in the limelight. On March 14, 1997 she entered the world to a home plagued by alcoholism and addiction. Her father promptly abandoned her mother, who was too deep in her drug habit to care for Simone or her three siblings.

At the age of 6, Simone finally had a healthy homelife. She was a daring and active child, teaching herself to do backflips off the mailbox. When she went on a daycare field trip to Bannon’s Gymnastix outside of Houston, the coaches immediately spotted her talent.

Ron Biles and his wife Nellie were extremely supportive, and enrolled both Simone and Adria in gymnastics classes. At Bannon’s Gymnastics, Simone started to train under coach Aimee Boormen, who would take her all the way to the top.

Simone continued to surprise at every event, earning countless medals at the national and world championship level. Her speed, her height, and her unwavering landings set a new standard of performance in the sport. In 2012, only her age held her back from competing in the Olympics.

In a class of her own

Biles has never been afraid to push the envelope. She adds extra twists and flips to her discounts to increase the difficulty, and attempts moves never tried by other athletes. Her tumbling passes on the floor are so difficult, that her third pass is harder than most athletes’ first.

Simone Biles has become the first female gymnast to successfully perform the Yurchenko double pike in competition, and even has four moves named after her - two on floor, one on vault, and one on the beam. 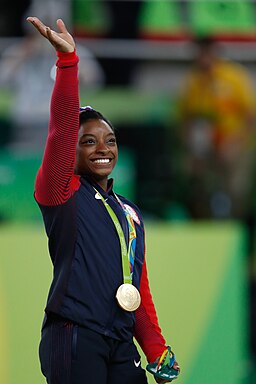 On August 9, 2016, with nothing holding her back, Biles led the American gymnastics team to victory. She scored more than eight points ahead of Russia to take the gold in the team event, and easily swept the all-around for a second gold medal.

Simone didn’t stop there. She won another gold for vault, and a fourth gold medal in the floor exercise. This set a new U.S. record for most gold medals in gymnastics at a single Olympics.

Between the Olympics and the World Championships, Biles has tied for the most decorated female gymnast in the world.

Speaking out about health

After the Rio Olympics, Russian hackers publicized private medical records of athletes, including Biles. It was therefore announced to the world that Biles takes Ritalin. She spoke up loudly about her ADHD, saying it’s nothing to be ashamed of. 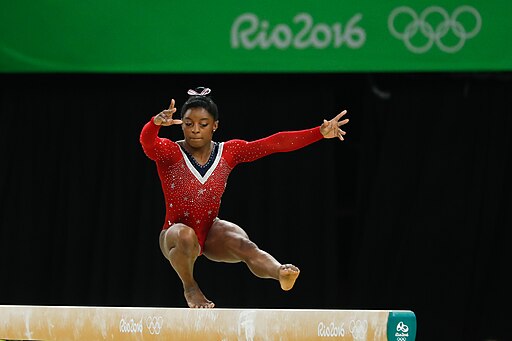 She has also been a champion for physical and mental health. She always eats pizza after every meet, and enjoys a nice margarita from time to time. She doesn’t believe athletes should starve themselves for the sport - gymnastics should be FUN.

At the Tokyo Olympic Games in 2021, Biles shocked the world by pulling out of the competition after only one vault. Her ability to stand up for her health in the midst of mental stress was monumental. Though she received backlash for her actions from some, her bravery to stand up for her mental health is an inspiration to athletes the world over. The sport should NEVER come before the athlete - and we’re learning it from the best.

Biles is now a chief impact officer withCerebral, an app that helps improve mental health, helping people show up for themselves in powerful new ways.