Kyla Ross is a retired American artistic gymnast and part of the gold-medal-winning “Fierce Five” in 2012. She is the first female gymnast ever to win NCAA, World, and Olympic championship titles.

Ross earned the nickname “Mighty Mouse” at Junior Nationals, and the name stuck with her throughout her career. At just 5’1”, Kyla Ross possessed explosive power in her legs. Her sky-high vaults and jumps earned her renown and respect all around the world. 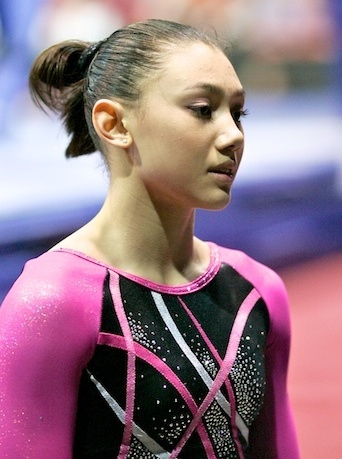 Kyla Briana Ross was born on October 24, 1996 in Honolulu, Hawaii. She used to climb on absolutely everything as a child and, as a result, her parents decided to enroll her in gymnastics classes.

Ross and her family relocated to California, where she met McKayla Maroney at her gym. Soon, the two were inseparable; they had sleepovers almost every weekend, and dreamed about going to the Olympics together one day.

It was undeniable that Kyla Ross possessed incredible skill and talent. She also had remarkable consistency and attention to detail in all that she did. This, coupled with her drive to succeed, landed her in the record books.

Kyla Ross was a solid all-arounder, reliable on vault, uneven bars, beam, and floor. In fact, she was one of the few women in history capable of performing the difficult Amanar vault. This would become one of her trademarks.

In 2012, Ross and Maroney were eligible to compete for spots on the US Olympic team - and they made it on the first attempt. This was their childhood dream come true. At age 15, Kyla Ross was the youngest American competing in the Olympic Games.

Ross and Maroney became part of the “Fierce Five” who would earn the gold at the London Summer Olympic Games. In the team final, Kyla Ross contributed scores of 14.933 on uneven bars and 15.133 on balance beam to help her team win the gold.

Her wins didn’t stop there. After the Olympics, Ross won three silver medals at the 2013 World Artistic Gymnastics Championships for all-around, uneven bars, and balance beam. The following year, she helped her team win the gold, and took the all-round bronze. 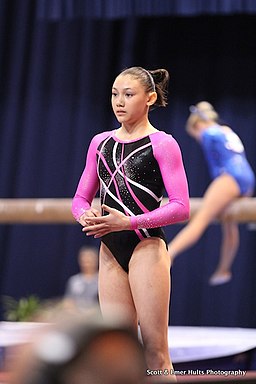 In February 2016, Ross decided to retire from elite gymnastics - but she didn’t stop the sport altogether. She became a part of the NCAA gymnastics team at UCLA. During her collegiate run, Ross was named as an All-American eleven times.

On March 16, 2019, she became the 11th NCAA gymnast to achieve a "Gym Slam", earning perfect 10s across the board. Just one week later, she became the second gymnast in history to earn a second Gym Slam.

While she finished her degree in molecular, call, and developmental biology, Kyla Ross joined the UCLA coaching staff as an Undergraduate Assistant Coach. It became clear to her that she wanted to keep gymnastics a part of her life, even if she was no longer competing.

As the first gymnast to win Olympic, World, and NCAA championship titles, Kyla Ross is an inspiration to many. She continues to inspire as assistant coach for the Arkansas Razorbacks gymnastics team.