Aly Raisman is an American gymnast and two-time Olympian who captained the U.S. team to victory in both 2012 and 2016. Her flawless floor routines and effortless command of her skills have earned her six Olympic medals.

Raisman is an eight-time National Championship Medalist, and has been awarded the International Coaches Award for her unwavering leadership and inspiring teamwork. 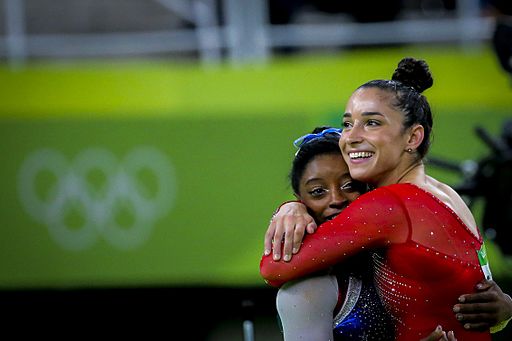 Born to be a gymnast

Aly Raisman was born in 1994 in Needham, Massachusetts. She started practicing gymnastics as soon as she could walk, when her mother took her to “mommy and me” gymnastics classes when she was just two years old.

As a young child, Aly Raisman was absolutely smitten with gymnastics. On a weekly basis, she watched a recording of the US women’s gymnastics team, the “Magnificent Seven,” winning the gold medal at the 1996 Summer Olympics.

By 2010, it was already obvious that Raisman was a world-class gymnast. That year, she won three bronze medals at the Visa National Championships and was part of the silver-medal-winning team at the World Championships.

The following year, Raisman won the CoverGirl Classic, and took home the gold medal with her teammates - Jordyn Wieber, Gabby Douglas, Sabrina Vega and McKayla Maroney - at the 2011 World Championships.

Leading her team to victory

At the 2012 London Games, Aly Raisman made her Olympic debut as team captain, and walked away as the most decorated American gymnast at the games. The “Fierce Five'' took home the gold for America, marking the second win for an American gymnastics team, and the first even team gold medal on international soil.
But Raisman wasn’t done winning. She earned herself a gold medal for her powerful floor routine, beating out Romania’s Catalina Ponor to become the first American woman to win the gold in floor exercise. She also received the bronze medal in beam, proving herself as a force to be reckoned with.

After the London Olympics, Aly Raisman decided to take a year off from competitive gymnastics. While some assumed this would be the end of her athletic career, Aly proved them wrong.

In 2016, Aly Raisman returned in top form for the Olympics in Rio. With impressive performances on the floor, beam, and vault, she helped her team win the gold yet again, making Raisman and Gabby Douglas the first American gymnasts to win back-to-back team golds. Aly Raisman also won silver medals in the individual all-around and floor exercise.

"I feel like I'm better now than I was in 2012," Raisman said in an ESPN interview. "I'm very proud of that. It's obviously not something people expected or that's easy to do after taking a year off and being the 'Grandma,' as everyone likes to call me. I'm happy I proved everyone wrong." 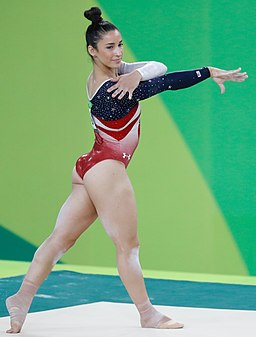 As fierce as they come

Aly Raisman is a powerhouse in and out of the gym. When Raisman was young, people had the gall to tell her she didn’t have the right body type for gymnastics. How wrong they were. Now, Aly is a vocal advocate for body positivity, and works to empower young athletes to follow their dreams - no matter their shape or size.

Raisman also spoke out against her former doctor, Larry Nassar, at his sentencing trial, saying: "We have our voices, and we are not going anywhere. And now, Larry, it’s your turn to listen to me. You never healed me. You took advantage of our passions and our dreams. Imagine feeling like you have no power, and no voice. Well you know what Larry, I have my power and my voice, and I will use them."

Aly then went on to create a capsule collection with Aerie to supportDarkness to Light, the nation's leading advocate for the prevention of child sexual abuse. As if that weren’t amazing enough, she has also authored the book “Fierce: How Competing for Myself Changed Everything.” Talk about a woman we can look up to.